Telford’s only independent cinema, Wellington Orbit, is celebrating the Best Of British cinema this June with a FREE film festival, as part of its Jubilee Bank Holiday weekend celebrations.

From Thursday 2nd to Sunday 5th June, Wellington Orbit will screen a collection of films representing the best of the British film industry throughout the period of Her Majesty’s reign with the films covering the themes of Royalty, Britishness and social change in Britain over the past 70 years.

Tickets for the festival screenings will be free of charge, which is made possible thanks to Telford & Wrekin Council’s ‘The Queen’s Platinum Jubilee Celebration Fund’.

“We are thrilled to be able to celebrate Her Majesty’s reign with such an iconic, fitting event. We would like to thank Telford and Wrekin Council for helping to make this possible and look forward to bringing the community together to celebrate the past 70 years of film and britishness.  When Her Majesty came to the throne, the historic Market Square was the centre of the coronation celebrations in the area. Our celebrations, alongside the rest of Wellington, will add to the celebrations in the town and make the whole holiday period one to remember”.

Alongside the film festival, Wellington Orbit will be offering a special themed Jubilee menu in its cafe, featuring a great variety of traditional British cuisine spanning the Queen’s reign.

Tickets and full schedule of films will be published very soon and once on sale, can be booked online at www.wellingtonorbit.co.uk, over the phone on 01952 743 377 or in person. 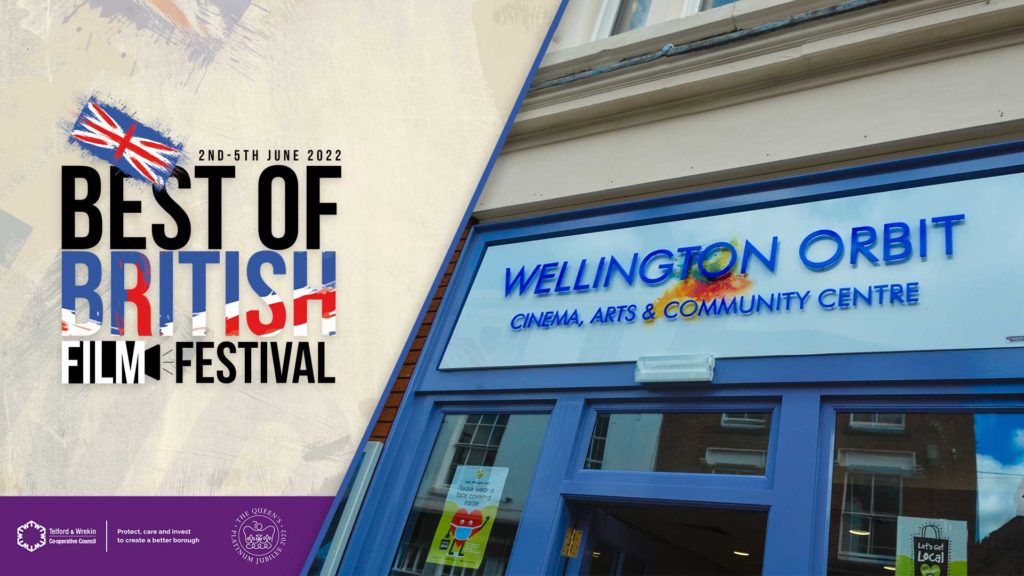