A new virtual cinema platform, The Cinema of Ideas is launched today by the Independent Cinema Office. The Cinema of Ideas will give local independent cinemas the opportunity to enrich their film programmes and connect with the widest possible audiences, providing a forum for discussion around issues of race, disability, gender, sexuality and class. This project, which was developed in response to challenges faced by cinemas due to Covid-19, is supported by the BFI, awarding funds from the National Lottery.

The Cinema of Ideas will collaborate with filmmakers, artists, archivists, film historians, film critics, freelance film collectives and emerging curators to showcase the work they do to explore the full scope of contemporary film culture and film heritage.

UK wide cinemas include Chapter Cardiff (Cardiff), Saffron Screen (Saffron Walden), Northampton Filmhouse (Northampton), Wellington Orbit (Telford), Barn Dartington (Totnes), and others expected to come on board, will promote The Cinema of Ideas programme to their local audiences. Tickets will cost on average £7.

The Cinema of Ideas’ first programme is presented by the ICO in collaboration with Aleema Gray (Researcher and Community History Curator at the Museum of London) on 26 August, 7pm.  Archival Resistance: Rastafari Women in Britain will be hosted by Aleema Gray and includes a live discussion panel with pioneering curator of African and African-diaspora cinema June Givanni and writer and journalist Rasheda Ashanti Malcolm. Alongside the discussion, D. Elmina Davis’ groundbreaking documentary Omega Rising Women of Rastafari will stream from 19 Aug- 2 Sept on The Cinema of Ideas platform. 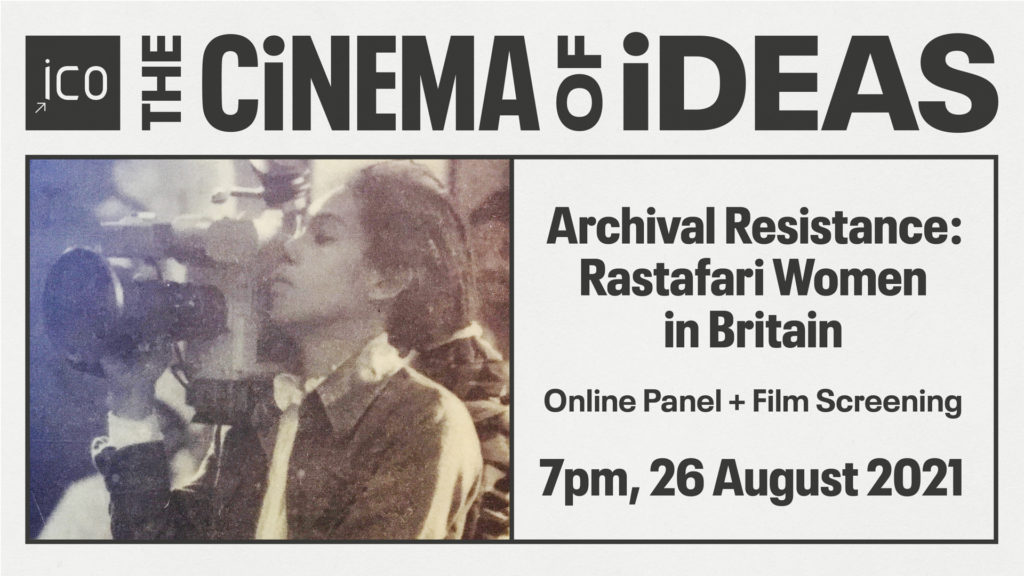 Future events include a new essay film on cinema memory from award-winning filmmaker Sarah Wood that will incorporate over a hundred personal love letters to cinema from artists, filmmakers, and audiences; a collaborative project with Dr June Givanni, curator and director of June Givanni Pan African Cinema Archive, Melanie Hoyes, Industry Inclusion Executive at the BFI and Jan Asante, Curator at Think Cinematic will explore the Black Film Bulletin archive; and a series of talks focusing on directors, writers, artists, curators and collectives who have previously worked with the ICO.