We are saddened to learn of the sudden passing away of one of our key volunteers Geoff Fordham at the age of 73.

Geoff, with his wife Rachael have been long standing supporters of the Orbit, who have worked with us in helping our bid writing for grants and other finances. Geoff was a talented cartoonist and film buff who wrote the film brochure for the Platinum Jubilee Film Festival and contributed greatly to our film events including our cults and classics cinema night.

No customer should undervalue Geoff’s contribution and the Orbit would not be the asset it is without his input. Our sympathies extend to his wife Rachael, children and grandchildren he doted on. 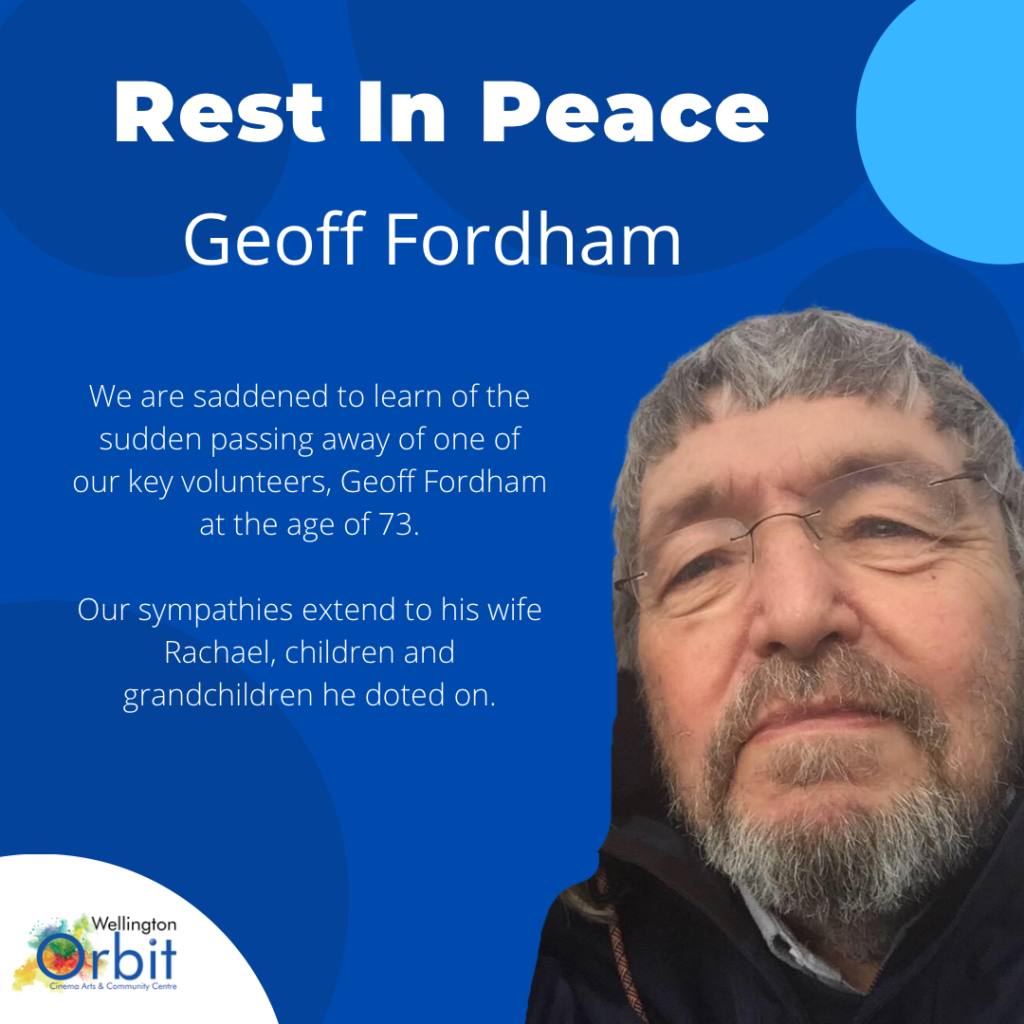