I don’t think there’s one movie character who goes through as many drastic changes as the Caped Crusader, the Dark Knight, the terror that flaps in the night (no wait, that’s Darkwing Duck) — Batman!

From the campy, shark repellent, ‘Somedays you just can’t get rid of a bomb’ era of the Adam West Batman (for whom he had his one film, so he counts as a cinematic Batman). Then onto the more gothic and serious take with Tim Burton’s Batman, which slowly devolved into an hour long toy advert with Batnips and Robin. Then the ground was smashed by Christopher Nolan’s Dark Knight Trilogy, which affected other pop culture properties like 007 in Casino Royale and arguably paved the road for the MCU.

Then came the Snyder era of Batman… It happened. And here we are in the future, with Robert Pattinson putting on the utility belt with The Batman. And how does this new view on ‘rich orphan beats people while wearing tights’ stack up to the great Batman movies of old and modern superhero films today?

Now, let’s get the elephant out of the room: Robert Pattinson is Batman. Now, I don’t think Pattinson is a bad actor. I think most people would probably see him as that character from the Twilight series (of which I have only seen the first one and honestly I found it less the flaming car wreck people said it was, and more boring and average). I think that’s where most people know him and nothing else. And while I personally haven’t seen all of his filmography, from the stuff I have seen I don’t think he’s a bad actor. I liked him in Tenet and Goblet of Fire and his mad chemistry with William Dafoe in The Lighthouse was so weird and crazy. And as Batman, I think he’s actually really good. I think he plays this grungy Batman really well. I also like his imperfections, like the fact he’s more violent and more drawn to anger. This is Year 2 Batman. He hasn’t had the experience or developed the patience he’ll have later.

Now, while I praise his Batman performance, I can’t really say the same for his Bruce Wayne performance. At least his Bruce Wayne when he’s in public. When he’s with Alfred (Andy Serkis) he’s alright, but when he’s in public (case in point: the funeral scene) I just don’t think he gets how to do Bruce Wayne. Let’s use an example of Bruce and Batman in a public area, that being the party scene from The Dark Knight. When Bruce is in the party, he’s being carefree, he’s always smiling, he grabs a drink (to which he throws out and probably lands on some guy’s head) and makes an entrance through a helicopter. Then there’s Batman’s entrance. It’s sudden, he’s always serious, he only focuses on the Joker and his goons. 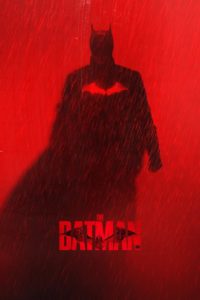 The point I’m making is that the public’s view of Bruce is meant to be another disguise for him. It’s to make people think of him as basically the polar opposite of Batman and therefore, he couldn’t possibly be Batman. With Pattinson, I just think he just stays as the same Batman when he’s in the public. Which isn’t a bad performance but does end up making him a bit more of a likely guess of being Batman.

Ok, let’s switch back to the more positive side of things. I think as a whole the rest of the cast are doing a great job selling their role, but I have to mention Paul Dano as the Riddler. I think Dano is a really underrated actor, that is coming from someone who has only seen him in (in terms of major roles) in Love and Mercy. But that performance was great and so is this performance. I really like this interpretation of the Riddler. He gives me the impression as John Doe from Se7en mixed with some Zodiac Killer. Both are appropriate since both of those murderers were inspiration for this Riddler.

The best way to describe his character is like a game master, who can get a bit angry when things aren’t going 100% up to plan. That’s probably the best way to describe him here. Also, I do like how Riddler Twitch streams his killings and no one bothered to look at the account details. Seriously, there’s an account broadcasting killings and nobody thinks ‘do you think we should see where these streams are coming from?’

I have flaws with the movie (some being actual flaws and others being a bit nit-picky), so I’ll briefly discuss them here from the flaws down to the nit-picks. Firstly, the setting. The creators of the film (most notably Matt Reeves) have stated that this is a year two for Batman. Which does mean that it feels like we missed some information and history to this world and characters.

I’m not saying this had to be a year one story or needs a whole prequel to come out, because we all know the origins of Batman — we could recite it in our sleep. But, with stuff like Gordon trusting Batman, it does feel like we skipped a page or two. Secondly, the runtime. This is the longest solo Batman film to date, being longer than The Dark Knight Rises by 12 minutes. Now, I’m not saying every movie should be 90 to 120 minutes long or that a long running time is bad. But unless you get submerged in the film, the runtime does become a bit of a drag. Though, this is one of those films, where you think there could have been cuts, but when you look at the whole you think, ‘What do I cut and have the film still make sense?’

Next up is the Batmobile. Yeah, I’m not a fan of it. I just think it looks too average. Feels like it belongs on the set of The Fast and The Furious 38 than with the Bat. I get what they were going for, sort of a more realistic take on it, but it just doesn’t. I much prefer the Bat-tumbler from Nolan’s trilogy. And I’m not even a big fan of the tumbler.

Then there’s the Penguin. I’m not saying it’s a bad version of the Penguin, but more so I keep forgetting that he’s the Penguin. Sure, he’s got the shape and in one scene does walk similar to a penguin, but I don’t think that’s not enough. And I’m not saying he needs the top hat, umbrella guns, or all the other junk he has in the comics. I just think he could have had a few more classic elements to make me think ‘Ah yes, that is the Penguin’ than ‘I think that’s one of the Sopranos’. The least they could have done is give him a monocle.

Finally — probably the most nit-picky of them all — the Catwoman suit. Now, I’m not saying it’s a bad design. The thing that really bothers me with it is the mask. It’s an ordinary ski mask (with little added cat ears) and just looks terrible. In Dark Knight Rises, I think the costume department made a good balance between staying close to the comics but also making it feel realistic. Here? It looks like it was made very last minute.

In conclusion, I say this film is basically the 90s Batman we should have got instead of Ice Puns and Batass. With all of it’s grunge and spiritually feeling of like Se7en. Is it perfect? Nothing is perfect. But, it is a solid Batman film and is better than the Snyder one before.